' Back to my Work

Design and conception of a holistic solution for the digitization of pension funds. Employers and employees can access PK data and process business cases at any time.

Design and conception of a holistic solution for the digitization of pension funds. The solution includes various mobile apps for iPhone, iPad and Android for insured persons as well as a company portal as a web solution for companies.

A crucial point was to understand the many requirements and use cases that arise in a pension fund. This was the only way to create a modern, contemporary user experience that a user expects in a modern mobile app. As a designer, I had to deal intensively with the requirements catalogue of a pension fund. This was done through exchange in the form of regular workshops with experts and users who worked on the "front line".

The resulting understanding helped to create first drafts of the mockups, which already represented real processes. These first mockups could thus be presented to potential end users for testing at an early stage.

With interactive - i.e. clickable - mockups, end users and experts were repeatedly involved during the design process. This ensured that all requirements were already met during the UI design. The mockups were also used to regularly consult with the development team regarding design and implementation. In this way, all project participants are always kept up to date on the latest design status.

In design sprints, individual screens were created in detail and then continually improved and refined. The web app of the company portal received special attention. It had to communicate with various interfaces that delivered different data. A modular and flexible design, which also takes multilingualism into account, was a decisive factor in launching the first version of the portal efficiently and cost-effectively. 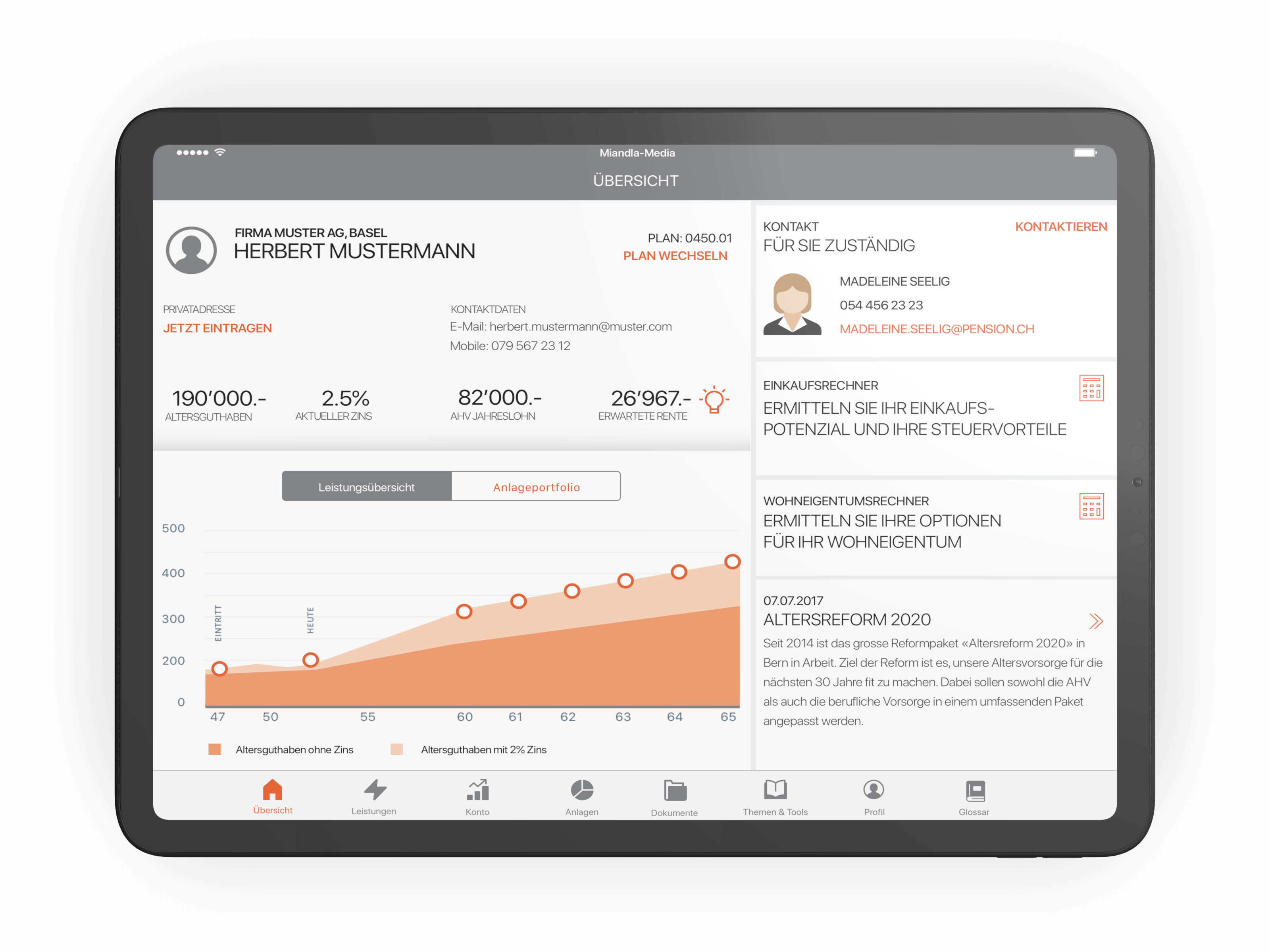 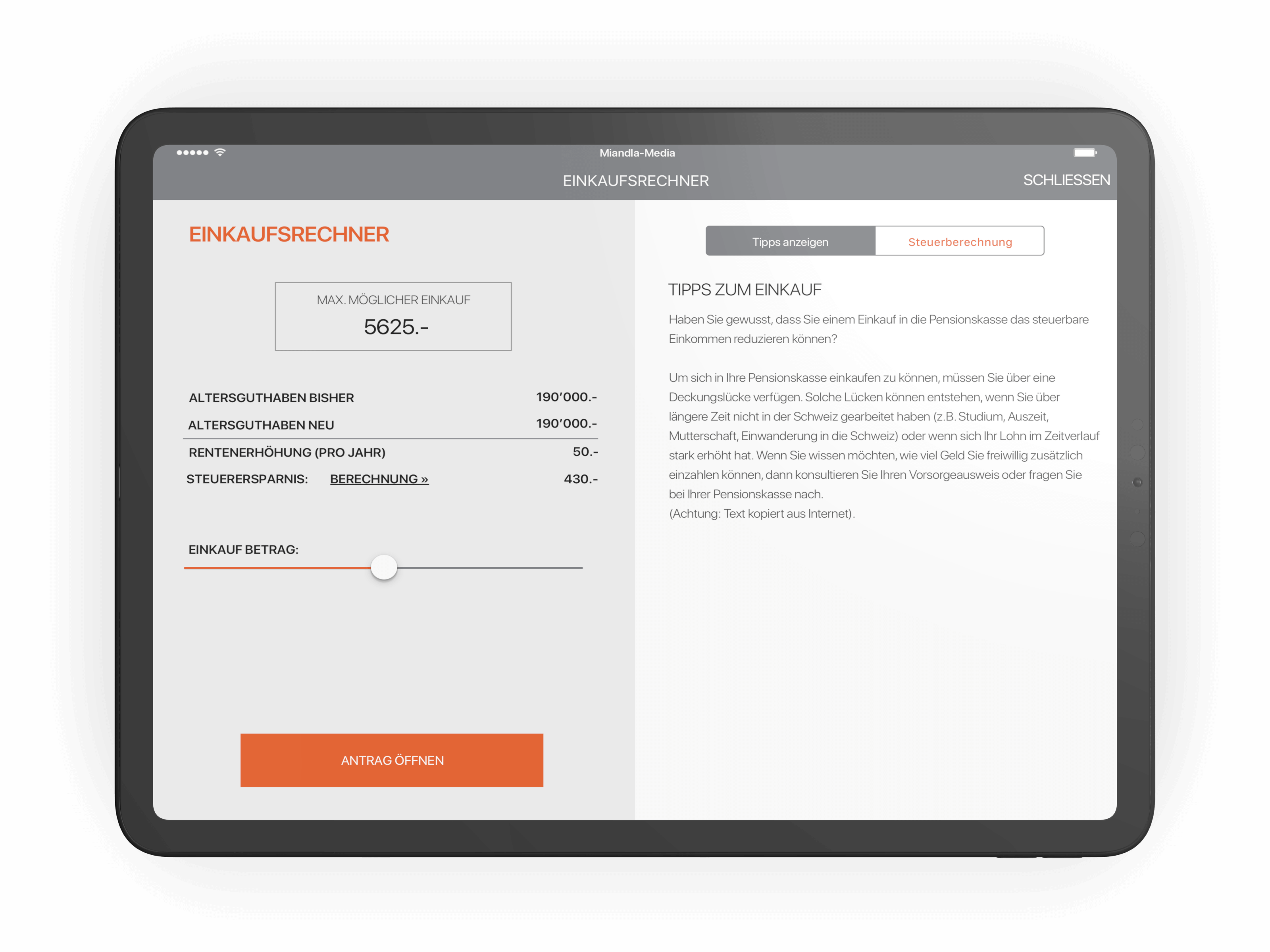 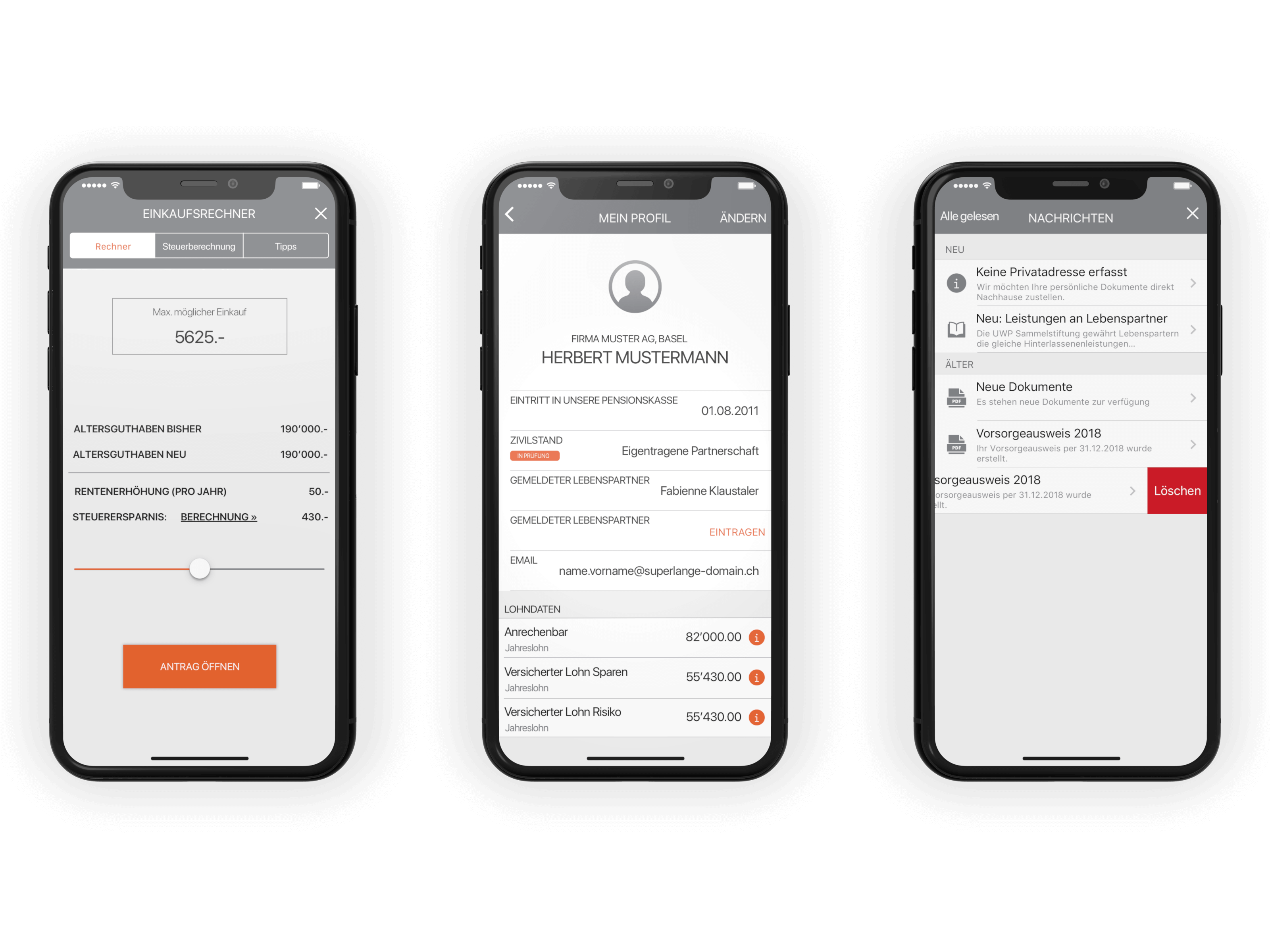 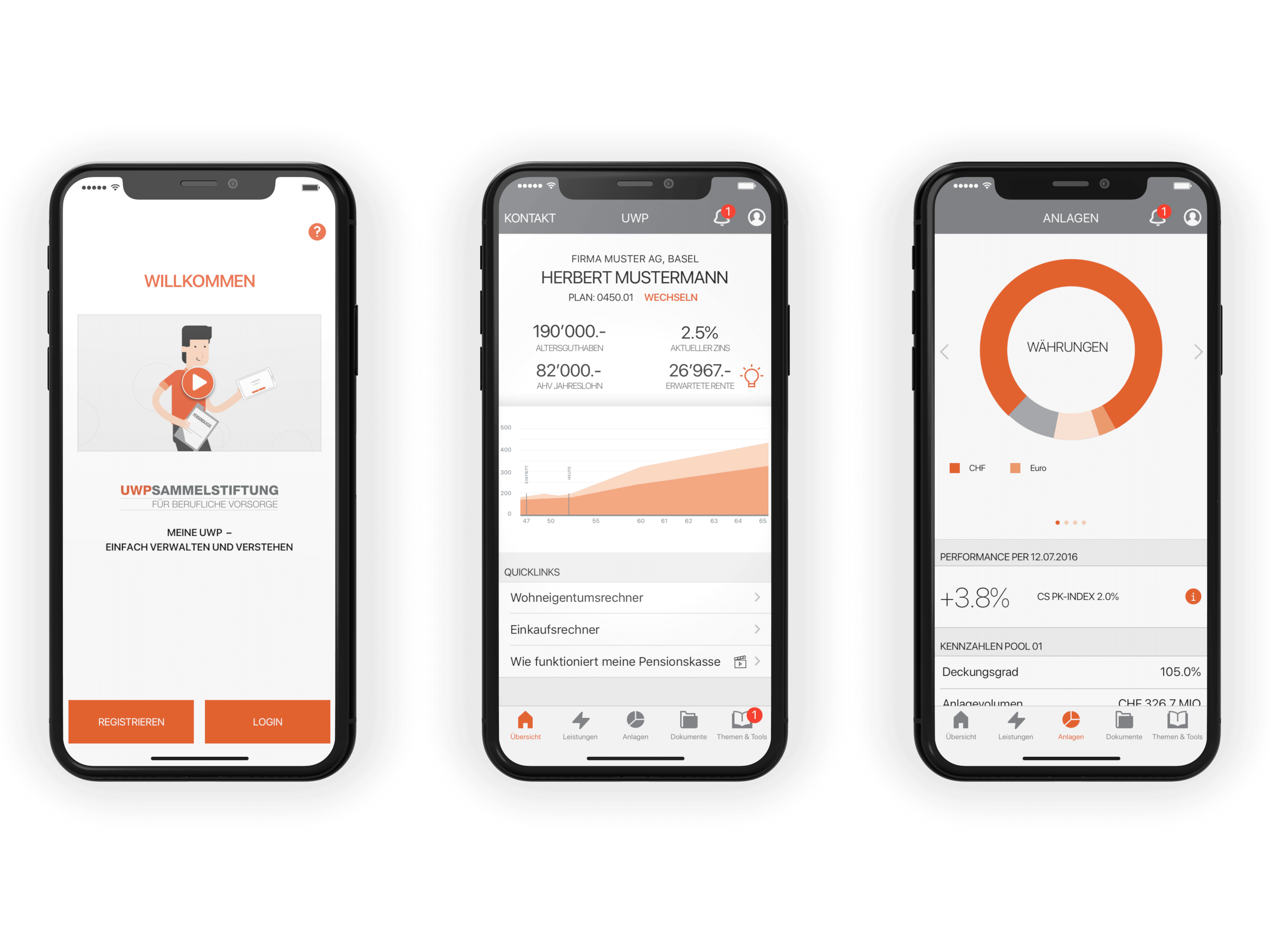 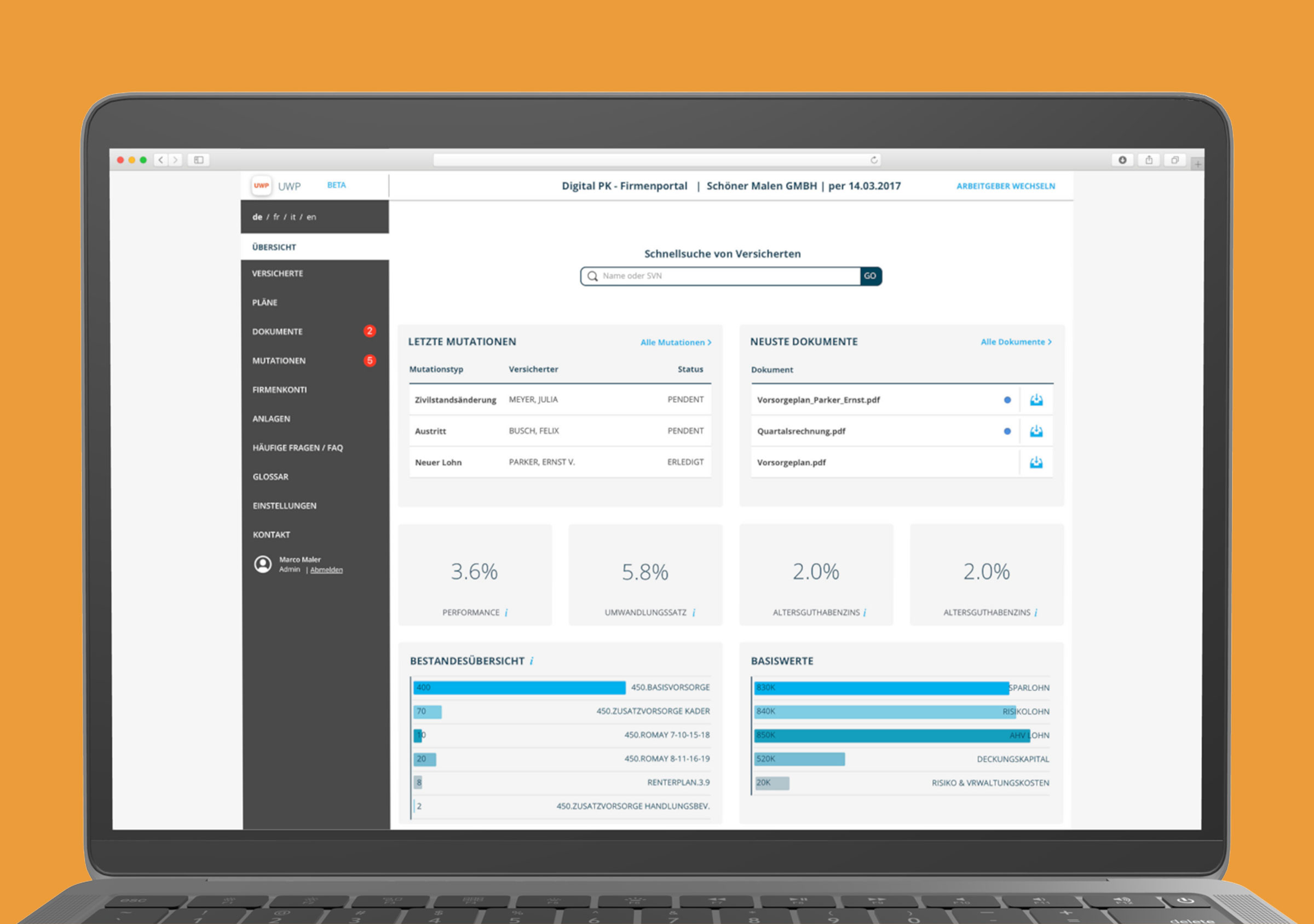 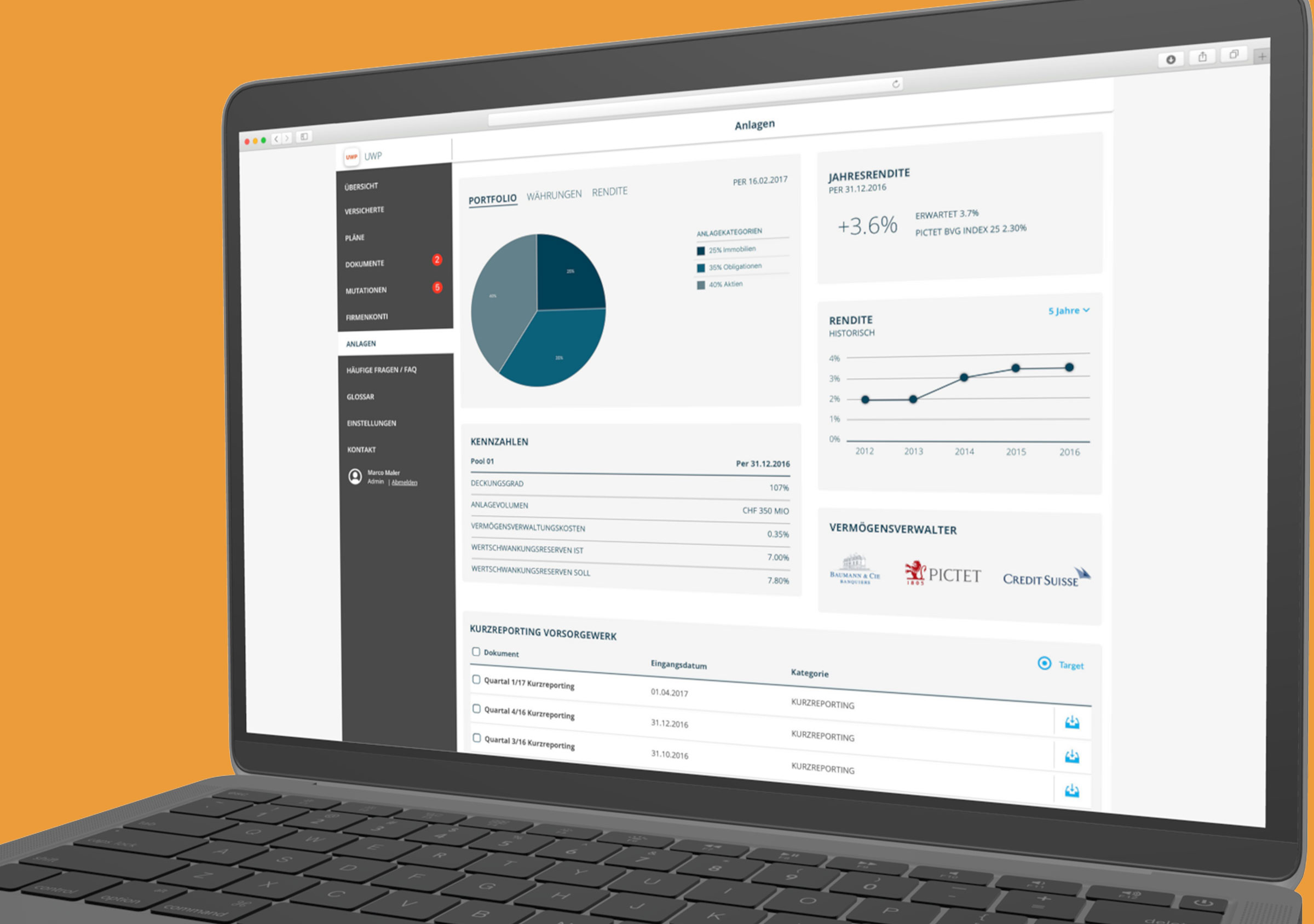 Over 80 mockups for 5 device types on 3 platforms

All mockups were designed and created directly in Sketch. To ensure that the design was uniform across all platforms, design elements (symbols) were used which could be used repeatedly across platforms. They in turn served the developers to create identical design types and their variations.

For complex requirements - such as a wizard - simple wireframes were created before the design. These were then discussed with experts in the form of workshops and various reviews. Only after the individual steps of the wizard were clear were mockups created.

The multi-client capability of the apps was already taken into account in the design concept. The UX Design GUI contains elements that are colored individually for each client. The mockups were designed in such a way that this could already be simulated in the mockup phase.